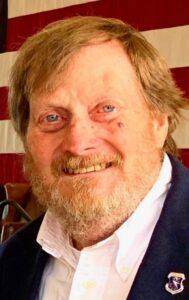 Native of Columbus, MS and resides in West Point and Columbus, Mississippi

Completed Education for Ministry Program, University of the South (Sewanee), School of Theology.

By the Flow of the Inland River, A History of Columbus, Mississippi To 1825, With Sam Kaye and Carolyn Kaye, Snapping Turtle Press, 1992.

The Tombigbee Crossing of the De Soto Expedition, Mississippi Archaeology 21(2), 1986

Columnist for Columbus Commercial Dispatch (circulation 14,500) 2010 to present with over 475 columns published on local and regional history.

Author of numerous articles on regional history for other newspapers and magazines 1984 to present.

Lecturer for EMCC's LION (Learning in Our Neighborhood) Program, 2019.

Since 1980 many presentations have been made on Southern history and culture to groups ranging from  area schools and universities to civic organizations in Mississippi and Alabama.

In 1997 received a Resolution of Commendation from the Board of Trustees of the Mississippi Department of Archives & History for "contributions and commitment to the preservation and interpretation of Mississippi History."

The restoration of "Ole Homestead" my ca. 1825 home in Columbus received the 2014 Trudy Allen Award for residential restoration in Mississippi from the Mississippi Heritage Trust.

The Ole Homestead has been designated a Mississippi Landmark by the Mississippi Department of Archives and History.

In 2009 about Southern History by Michael Feldman on National Public Radio's "Whad 'ya Know" program.

A feature on the history of Memorial Day appeared in the May 27, 2012, New York Times and included an interview with and photo of Ward.

Other interviews have appeared in Southern Living and many regional magazines and newspapers.

Chairman, Board of Directors of the Tennessee-Tombigbee Waterway Transportation Museum

Represented Mississippi for maximum term 9 years on the Board of Advisors to the National Trust for Historic Preservation and served as Board Secretary for the Southern Region of the United States.

Former Board of Directors of Magowah Gun & Country Club